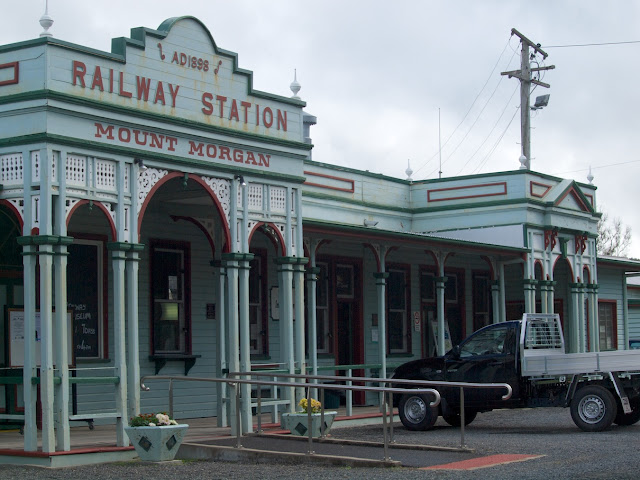 We've stopped travelling north via the inland and heading towards the coast, stopping by the interesting old town of Mount Morgan.  It's a mining town where a mountain of gold eventually became a big open cut hole.  Now I wanted to see down that hole but the only way to get a look is to take a 2 hour mine tour.  We gave it a miss but took a quick tour of the railway museum.

What a pretty railway station.

Today I received a comment on my post of an abandoned building at Murga (one from my 100 Towns project last year). It was from a lady who was born in the home and was the last family that lived there.  You might be interested in popping over there to read her story.