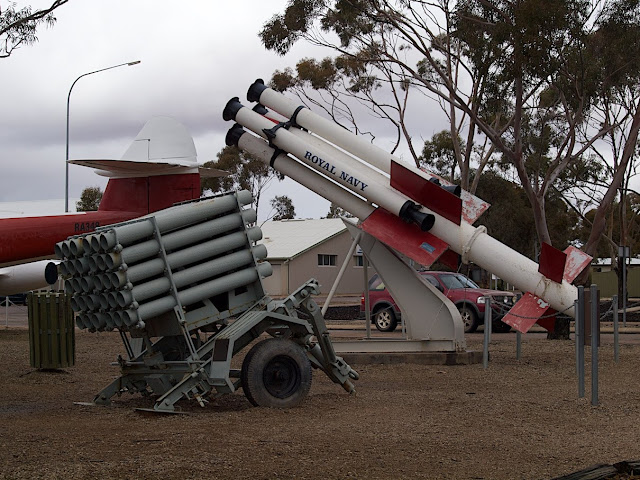 Lots of interesting military rockety stuff here. Woomera began because at the end of World War II Britain had been attacked by V2 long range ballistic missiles and needed to develop similar capability so were looking for a testing facility. More than 4000 missiles were tested at Woomera between 1947 and 1980.

In the late 60s Woomera moved onto supporting the United States Defence Nurranger project, for intelligence regarding missile launches and nuclear explosions .. ending when the Cold War was over.

In 1967 Australia’s first satellite was launched from Woomera using an American rocket. The launch site was at Lake Hart (yesterday’s post) because water is needed for cooling.

In the 1990s Woomera became the site of joint Japanese/Australian project for a gamma ray observations. Today it does work for various defence and civilian activities and calls itself as the largest test and evaluation range in the world. A huge chunk of land is still a restricted zone. 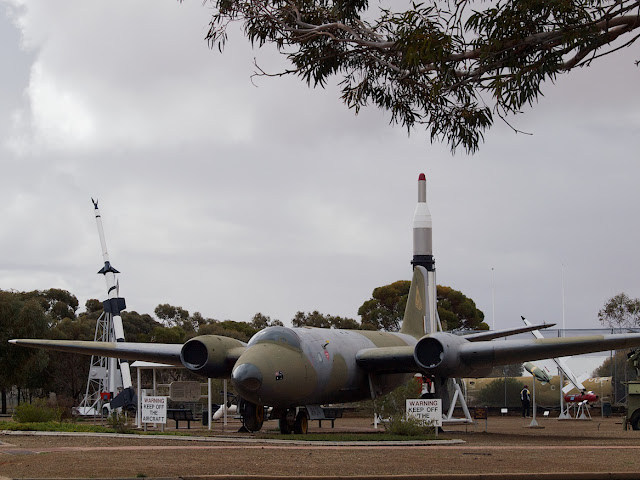