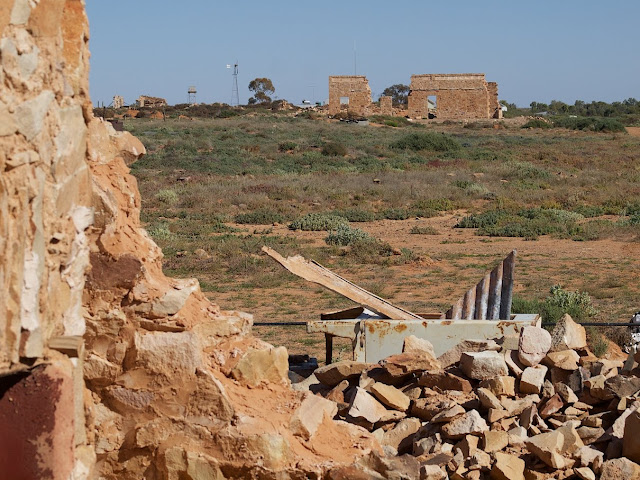 I am always wondering what makes a town live, die or thrive.  Today Farina is nothing but ruins.

It was another railway service town on the old Ghan railway. In the 1890s population grew to 300 when it was the railhead for those moving wool and stock from the north but the railway eventually got extended to Marree and beyond . By the 1920s when road transport became more viable the population had dropped back to less than 200. From thence it steadily declined with the police station and school closing in the 1950s and Bell’s store in 1967. The town was finally deserted in the 1980s.  Today there is a camp ground.

Now to me the final decline doesn’t seem so long ago for such complete desolation to occur.