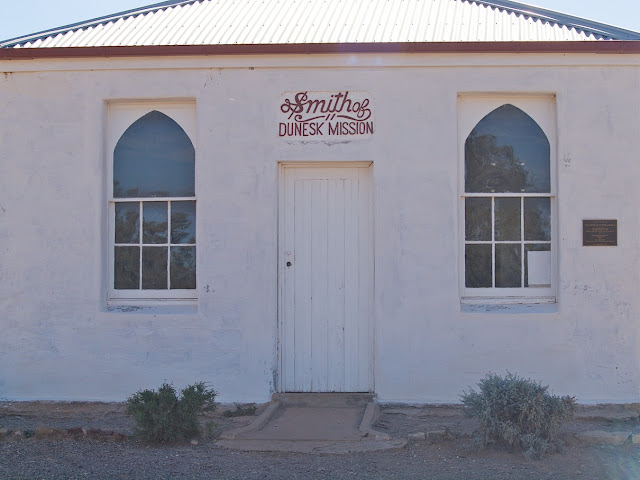 The town of Beltana was an interesting example of a town going the same way as Farina but it has refused to die despite having no reason to exist.  It started in the 1870s as a post on the Overland Telegraph line and expanded with the discovery of copper nearby. It thrived with the arrival of the railway until that was extended further up the track to Farina and Marree. The town settled into serious decline when the railway was redirected to Leigh Creek in the 1950s and worse still when the road was also realigned away from it in the 1980s when the last of the businesses closed.  It is now a State Heritage area.
Today some of the old buildings are occupied with ruins for neighbours.  There also appear to be newer dwellings built in modern heritage style.  The population sunk to 9 people in the 1980s but has 100 today.
Another interesting facet of the history of the town is that John Flynn worked as a clergyman in the Smith of Dunesk Mission here before eventually establishing the Australian Inland Mission and Royal Flying Doctor Service. 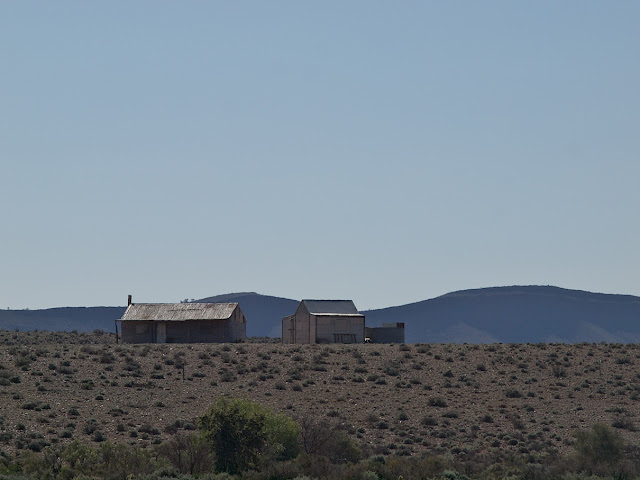