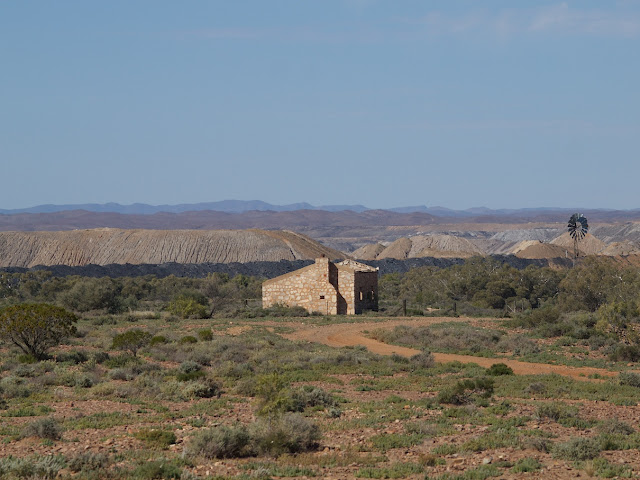 Even though large scale mining has been at Leigh Creek since the 1950s the town today is a modern one built in the 1980s when it was decided to move so the mine could be expanded. As such the town looks like one of those modern mining towns with lots of similar quickly erected houses but with plenty of trees planted to soften the landscape and heat. Current population is around 600. The house here is of course a remnant old building not one of the new ones.
Each day a 2.8 km long coal train leaves for the 520km round trip to power stations in Port Augusta.


And for good measure, some more wildflowers below.  I love the way the colour matches the mountains. 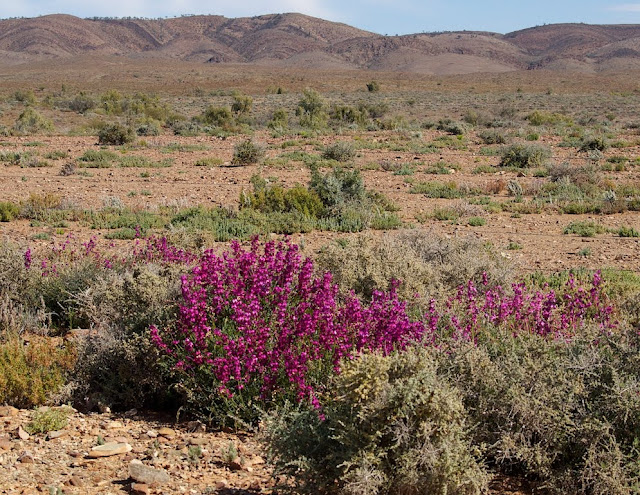