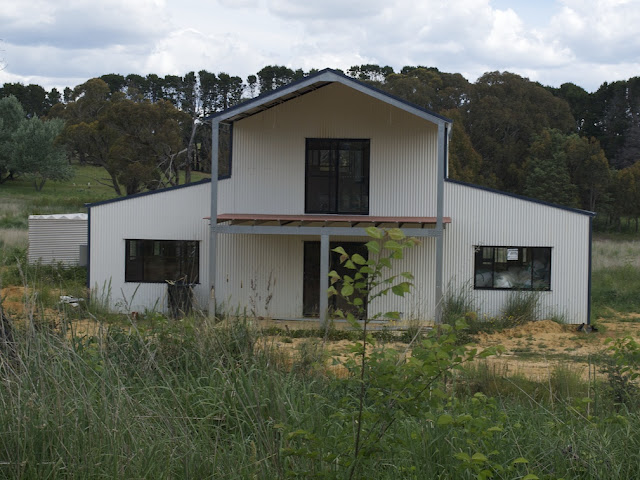 We end this tour by calling into the small town of Mount David which had a brief period of prosperity as a mining settlement from 1900 to the 1920s when the copper ore run out.

Today it is still a small cluster houses and a church converted to a residence.  There is also some new building going one.  These old towns are becoming popular with tree changers and as weekenders for city folk who like to build on the cheap.  It would certainly be over capitalising to build a brick city style mansion in these places.

See more of Mount David over at 100 Towns.

Now regarding some of your questions.
1.  Why does the 100 towns project have to finish at the end of the year?  Because without a deadline nothing gets finished.
2.  Have I included localities in the count. No and there have been 37 of them thus far in addition to the 85 towns visited.

On reflection, I think I have incorrectly assigned some towns as localities when they are in fact "relic towns".  I have decided that any place that has a grid of streets (no matter how empty today) was once a town and will be "promoting"  Neurea and Home Rule on that basis also Cudgegong which had a grid of streets before it as drowned.