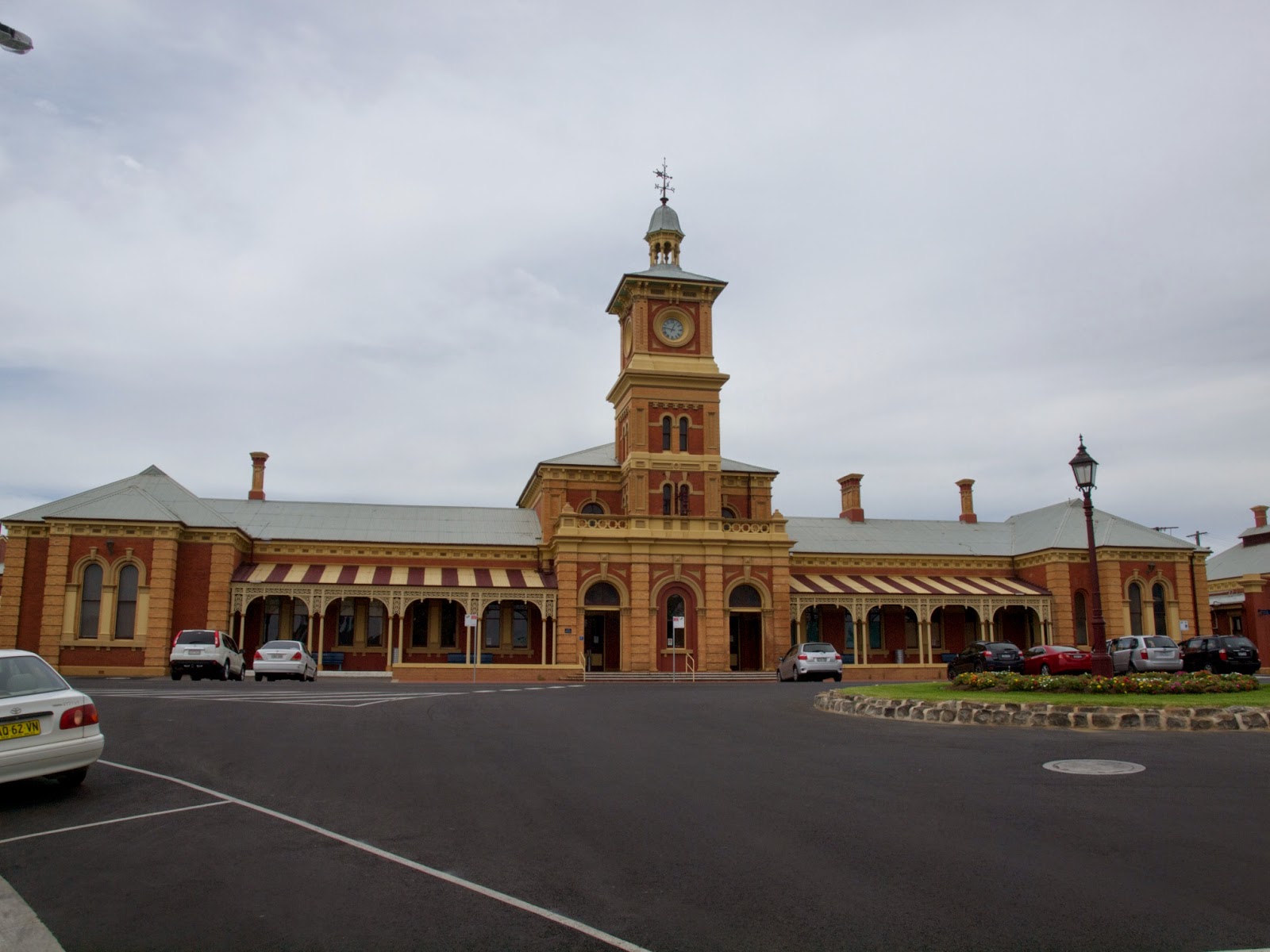 Today is Australia Day so let's celebrate with some of our historic railway silliness.

Here is the very impressive Albury Railway Station.  It gets even more impressive at the platform which is really really long ... the longest in New South Wales.

It was also a major transport hub for troop movements during World War II.  My Dad's war diaries often refer to transfers at Albury. 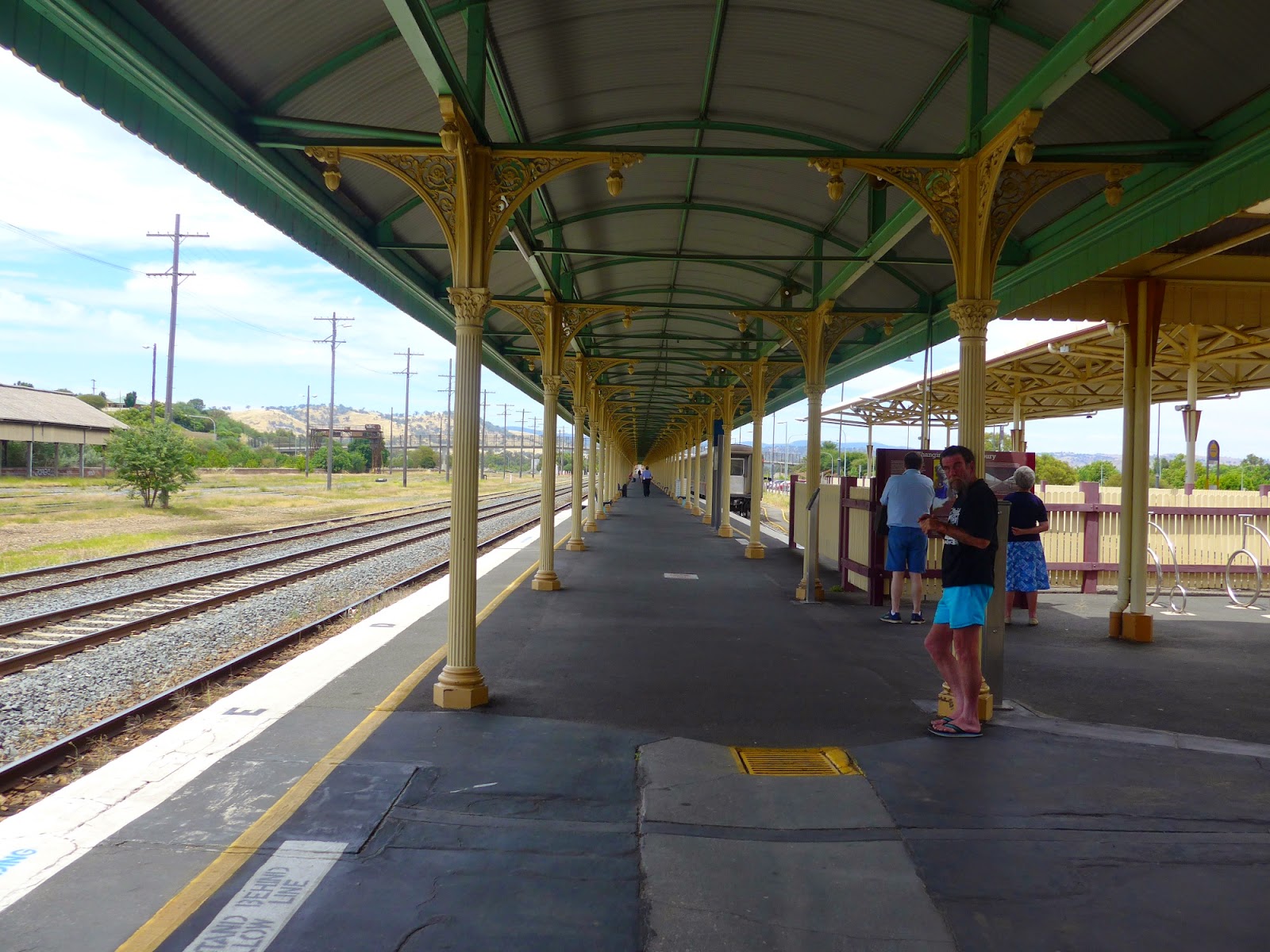