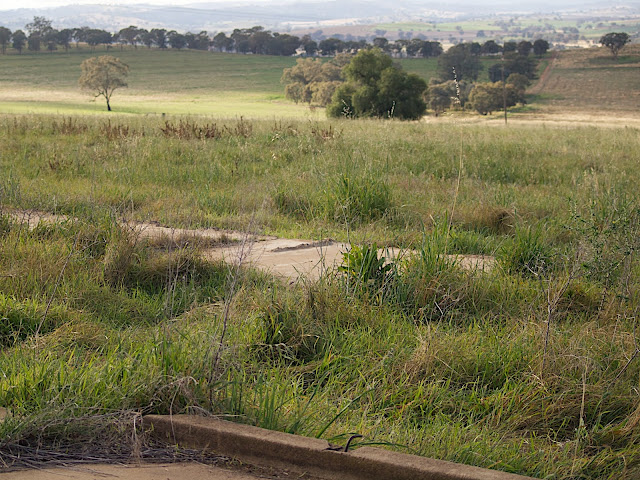 You might remember that when we were last in Cowra we went to the Japanese Gardens and on an earlier occasion I wrote of the POW camp in Cowra. This time we took the time to visit the remains of the camp which also housed POWs sent in from other parts of the world as well as people interned because they were classed as 'enemy aliens' -- those from countries we were at war with. Cowra was chosen because it was isolated and a long way from the coast so hard for people to escape.
All that remains today are the foundations of the old camp buildings and a replica of one of the watch towers (not shown).