Of ordered woods and gardens 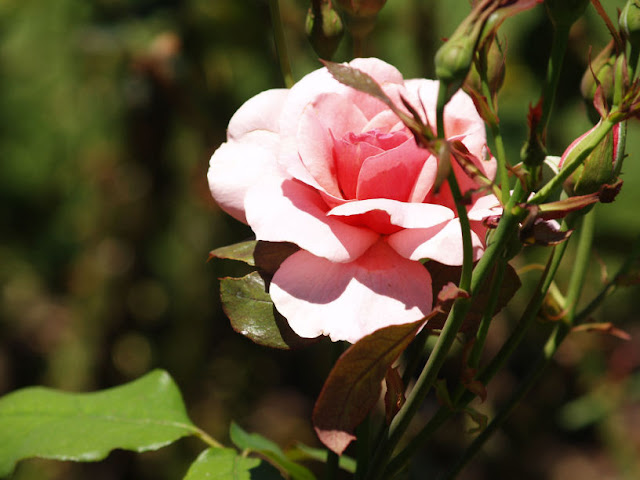 Back to thoughts of old England with the Rose Gardens at Cowra in the central west of NSW.
Cowra is more particularly known for its Japanese Garden. Cowra was the site of a POW camp during World War II. The Japanese inmates staged a mass suicide breakout where some hundreds were killed. In 1960 the Japanese Government were considering the repatriation of their war dead to Japan, however they were so impressed with the way the local people managed the graves they decided to bring all their war dead from other parts of Australia to be re-buried at Cowra. The building of a beautiful Japanese Garden came about as a direct extension of the cemetery. It is closed on Christmas Day so no pictures this time.