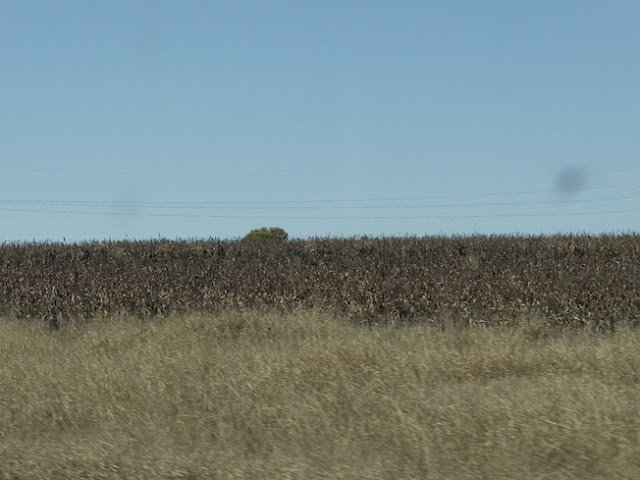 As we moved to the east we began to see some cropping again, rather than just grazing.  This crop is milo, not seen down south.  Milo is a grain sorghum grown for cattle fodder.

I wish I had got a close up shot but thought we would see more milo fields as me moved closer to the coast.  But on reflection it is not surprising that there we none, most would have been harvested by this time of year.

By the way, to save you asking.  Milo the crop has nothing to do with milo the drink.