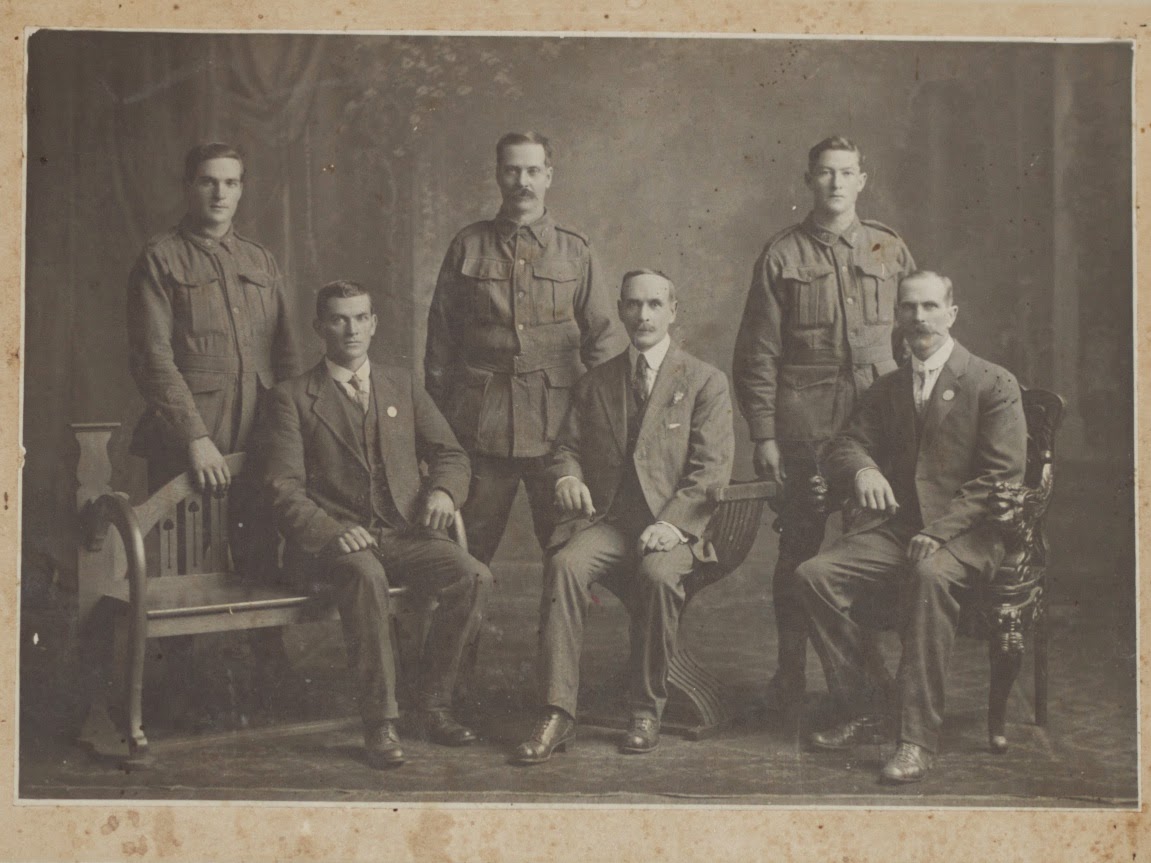 Today is Anzac Day when we remember Australians who served and died in all wars and this year is the commemoration of 100 years since World War 1.  So I thought I would honour the day by finding a WW 1 story from my family. This photo is of my grandfather Charles (at the front left) and his brothers, my great uncles Ray, Bob, Les, Jim and Joe.  You will notice the three at the back are in uniform.

My great grandparents Anne and Joseph married very young and over a span of 30 years had 15 children -- 8 boys and 7 girls. One died as a little boy. The rest of the family grew to adulthood, then war came.

In May 1915 23 year old John joined up.  He was soon followed by his big brother Bob who was getting on a bit at age 42.   And a month later Les who was just 18 went off to war too.
They were all sent to Egypt.

Bob was sent home from Egypt unfit for service a year later.  John and Les were transferred to fight in France.  Meanwhile, as soon as he turned 18, Ray joined up and was also sent to France. It must have been an anxious time with Bob not well and three youngest sons in the killing fields of France.

Les and Ray returned home safely in 1919 after spending time hospitalised in England.

So I guess the photo of my great uncles was taken sometime in 1919 when they were all back together except for John. I found John's photo at the War Memorial. 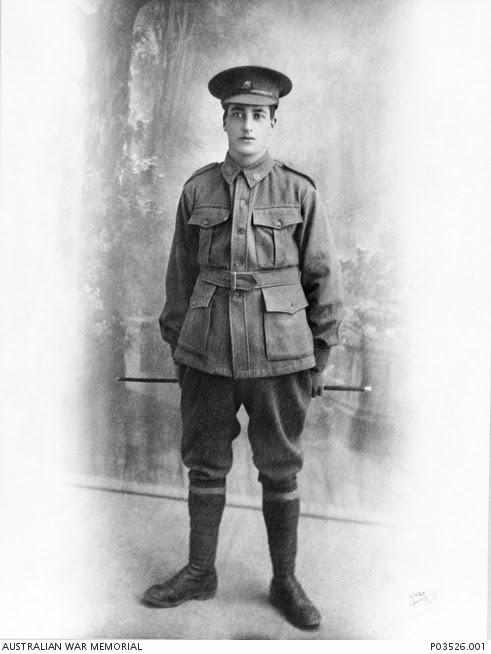