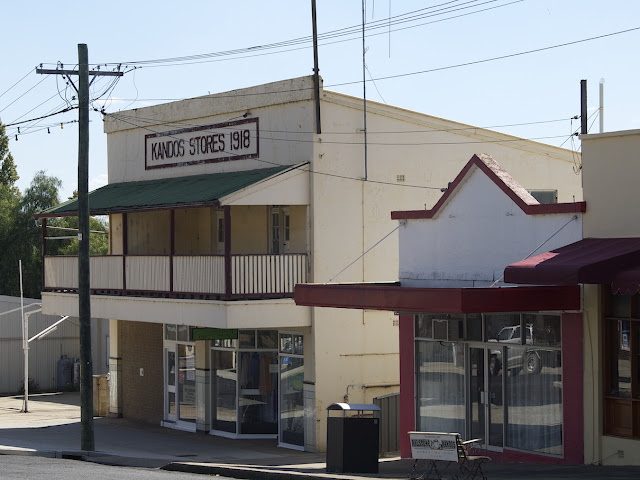 Kandos is quite a new town.  It began as a 'private village' in 1915 created by a group of men who saw that limestone, shale and coal near a railway line had the potential for building a cement industry. They named their village Candos using the initials of their names.  The name was changed to Kandos because the postal authorities thought it was too similar to Chandos in South Australia.