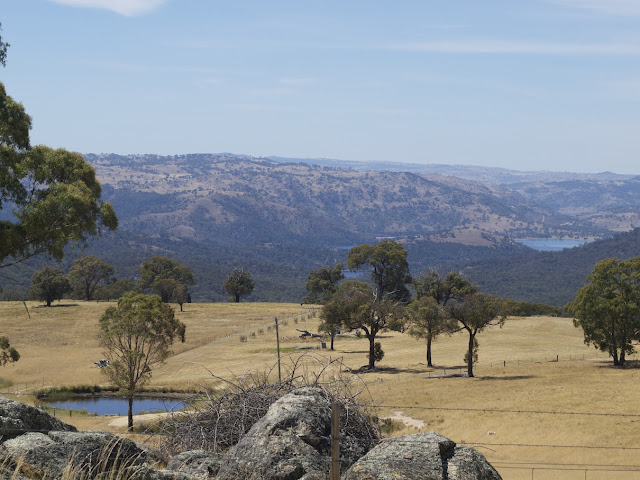 In the distance you can see the lake formed by Wyangala Dam.

This dam on the Lachlan River was built between 1929 and 1935 and is used for irrigation, flood mitigation and water supply for the large town of Cowra 20 kilometres west of here.

This area was greatly affected during the drought.  I remember television reports of the State Premier visiting the dried up dam which reached as low as 4%.  Today it is 90% full and once again a water playground and fishing spot for the locals.

Fingers crossed, I think there is a town down near the water's edge. My last chance to get to 100 before the year ends.