Not the big dunny 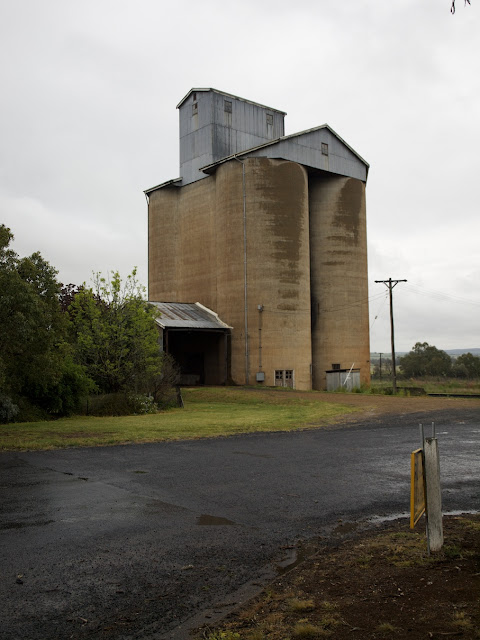 It's grain country so there are silos.  Would you believe the sign in the town says "In 2001/2002 a proposal was made to build a 'Big Dunny' in the main street with the idea it would help put Dunedoo on the map and help promote the town's unique name. The proposal was abandoned after public opposition."   Whew.

By the way, the name Dunedoo apparently comes from an aboriginal word meaning Swan.