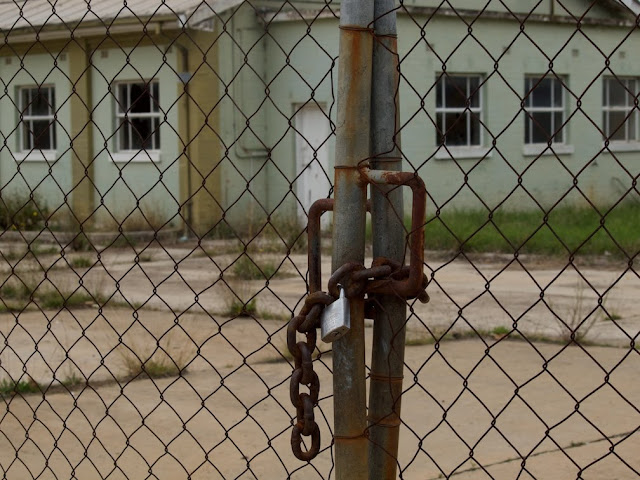 At the nearby town of Portland there is another major heritage industrial site, this time a cement works. Built in 1890 it closed down in 1991. As it is a large site situated right in the centre of the town, I imagine the shutdown must have had a big impact on this small (population 2000) community.

I'm going to leave it to your imagination as the entire site is fenced off making it rather difficult to get good photos even though there are many buildings including workshops, offices, homes and the factory itself.

That's it for industry for now. But if you are interested in another significant industrial ruin, over at Blue Mountains Journal we've just finished visiting the Shale Oil refinery ruin at Newnes -- well worth the trip.