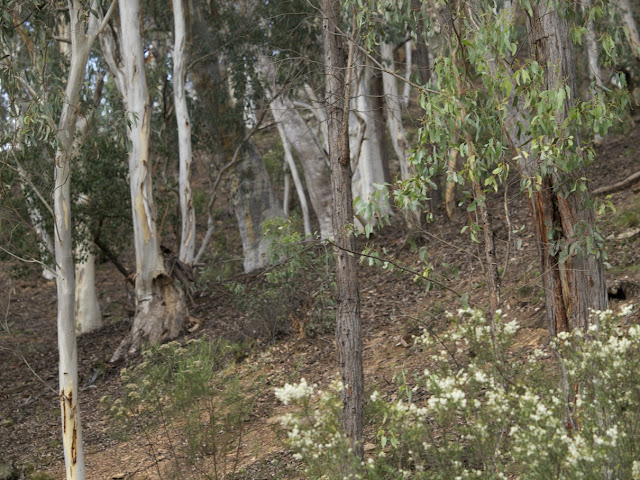 There is something about the slope of the land and the trees near the Abercrombie Caves camping area that always reminds me of the Tom Roberts painting Bailed Up.

This is something I have not mentioned yet.  With so much gold around it is not surprising that bushrangers (highwaymen, armed robbers) were out and about robbing the stage coaches on the move between the towns or entering the towns to make armed hold-ups of the banks and shops.

Most of the town histories list the names and exploits of the bushrangers.  In the early 1830s Abercrombie Caves were the hangout of the Ribbon Gang a bushranging gang lead by an ex-convict.  With the discovery of gold in the 1850s the caves were once again the hiding hole for bushrangers, they are said to have been used by Ben Hall and his gang.