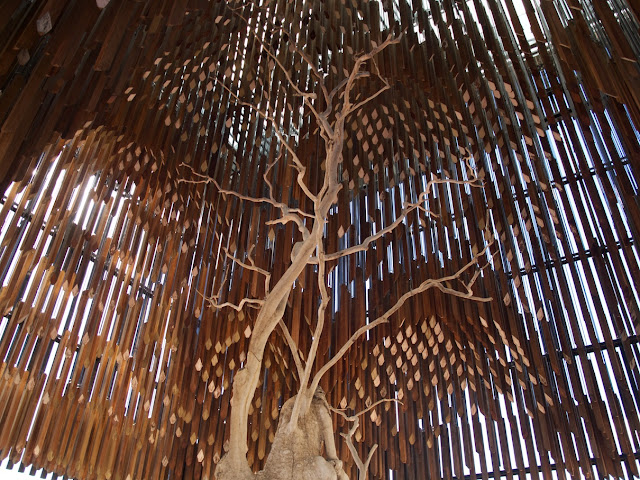 The Tree of Knowledge stands in the main street of Barcaldine where striking shearers played a significant role in the formation of the Australian Labour Party.  After the snow gum that marked the spot died its skeleton was entombed in this cathedral-like monument where the party faithful can be mesmerised by the music piped by a hundred wooden wind chimes.

It's beautiful but look at the scale of it.  I don't think it was meant to join the ranks of Australia's tasteless big things. 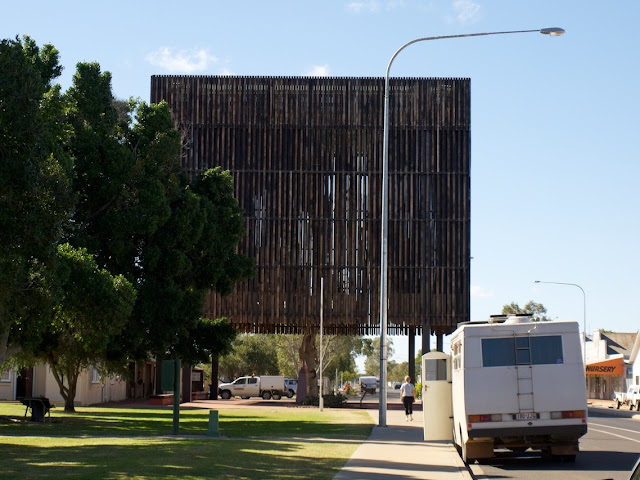