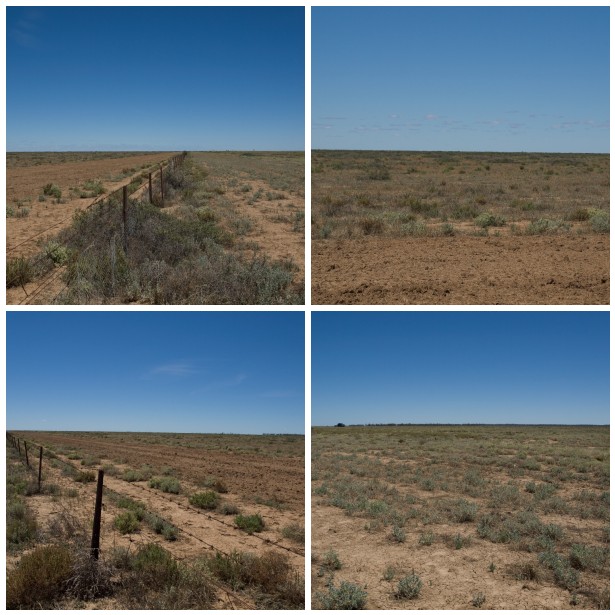 Did I mention before that the land was flat .... nah that wasn't flat! Did I say the trees were getting shorter ... ooops they've gone! You are looking at a 360 degree view of the Hay Plains ... 90 degree turn with each shot.

The blurb says "The Hay Shire has the distinction of being one of the flattest sections of land in the world with a difference in elevation of only 17 metres between the highest and lowest points. Intersected at Hay by the Sturt, Mid-Western and Cobb Highways, the terrain is flat, almost treeless saltbush plain."

Here's a closeup of the land. The funny thing is ... sheep apparently like to eat the unpalatable looking plants as Hay is at the centre of one of the best wool growing merino regions of Australia. 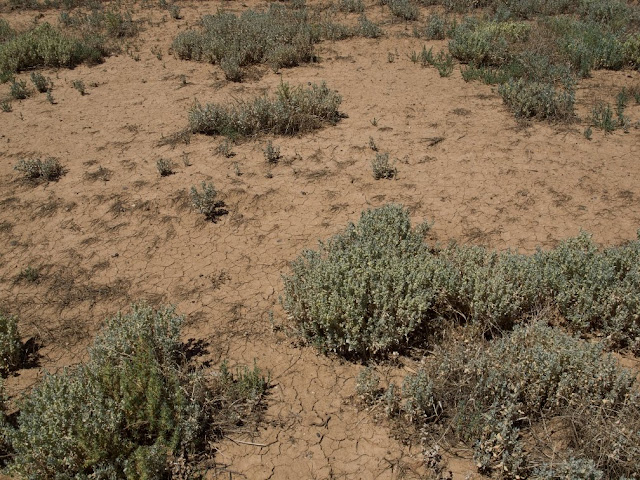