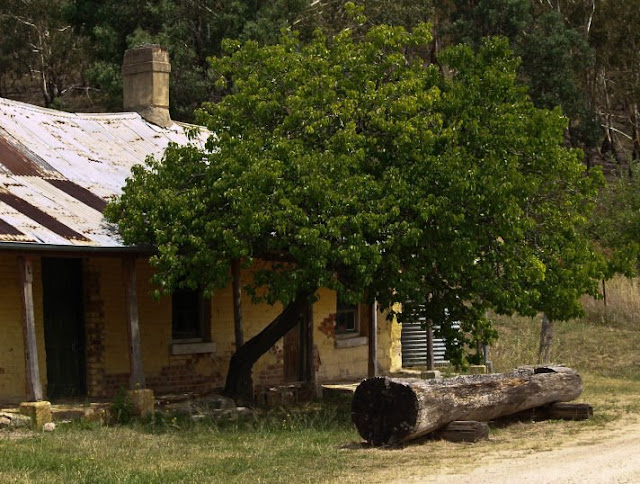 Here's the building Charlie was sketching. In the 1860s it was known as the Shamrock Inn. It is not as well preseved as the sandstone buildings but has lots of character. I particularly like the horse trough.
JM said he would like to see the artist's sketch so I have appended another couple of photos of Charlie to today's post. He was only starting so it looked rather unpromising, but his finished paintings show its potential.
Musing:
From The Highwayman by Alfred Noyes
"The wind was a torrent of darkness among the gusty trees,
The moon was a ghostly galleon tossed upon cloudy seas,
The road was a ribbon of moonlight, over the purple moor,
And the highwayman came riding
Riding-riding-
The highwayman came riding, up to the old inn-door." 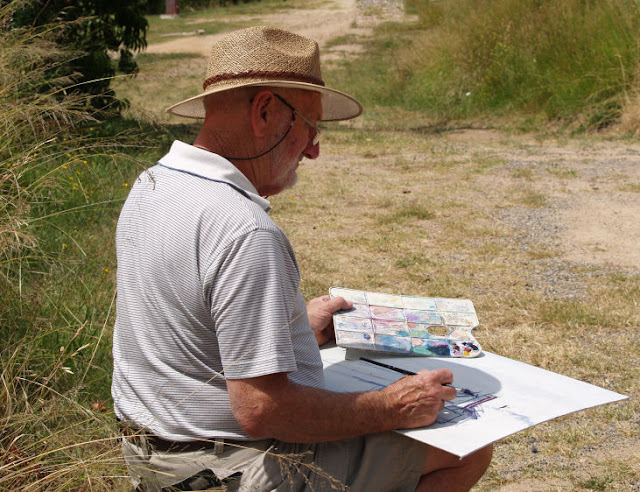 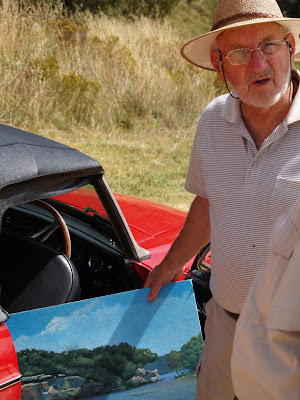