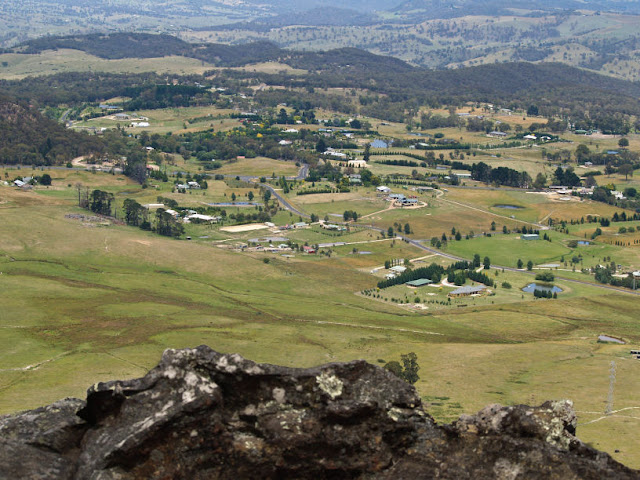 I like the view driving down the western escarpment to the lowlands beyond. Over the years getting a good navigable road down the steep descent was a challenge.

This photo is taken from Barden's lookout near Mount Victoria. From it (but not in this picture) you can see Mitchel's Victoria Pass of 1832 and below that the line of Berghoffers Pass of 1912. Victoria Pass was brought back into use in 1920.

Musing:
Three-Mountain Pass by Ho Xuan Huong
"A cliff face. Another. And still a third.
Who was so skilled to carve this craggy scene:

A twisting pine bough plunges in the wind,
showering a willow's leaves with glistening drops.

Gentlemen, lords, who could refuse, though weary
and shaky in his knees, to mount once more?"