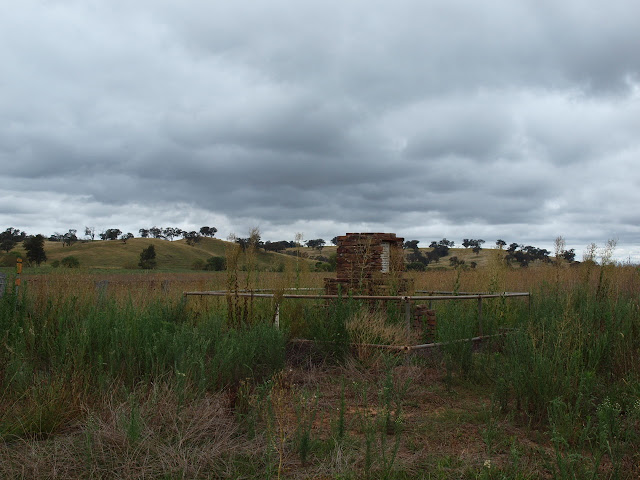 We passed through Bakers Swamp without noticing anything.  Then reached our last dot on the map for this trip - Larras Lee and saw this.  The roadside monument says:


This is a repost from a few days ago. Thinking I would use this for this week’s Taphophile Tragics post I dug a little further into William Lee’s story, it’s a very colonial Australian one.
William was born of convict parents, living his childhood years around the Sydney region. In his early 20s he was issued with some government cattle, recommended as a suitable settler and granted 134 acres at Kelso near Bathurst. He was one of the first in the area and did well. A few years later he was granted a ram and an increase in his land to 300 acres.
William developed a reputation as a discoverer of good pastoral land and introducing fine cattle into the district. He kept on acquiring land. He was granted 2,430 acres at Larras Lake in 1830 and by the time of his death had amassed over 18,000 acres around Wellington, Lane Cove, Bathurst, Emu Plains and O’Connell plains.
He became a prominent figure in Bathurst, sitting in the first legislative assembly as the Member for Roxburgh. He died aged 76 and is buried at Kelso. His wife and four daughters and six sons survived him. 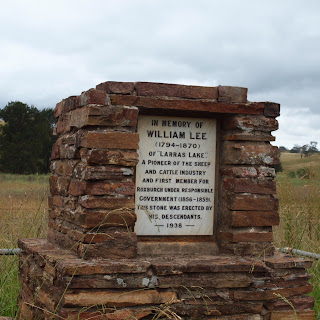 There is not much else at Larras Lee other than a rather interesting neighbour over the road which I will show you tomorrow.