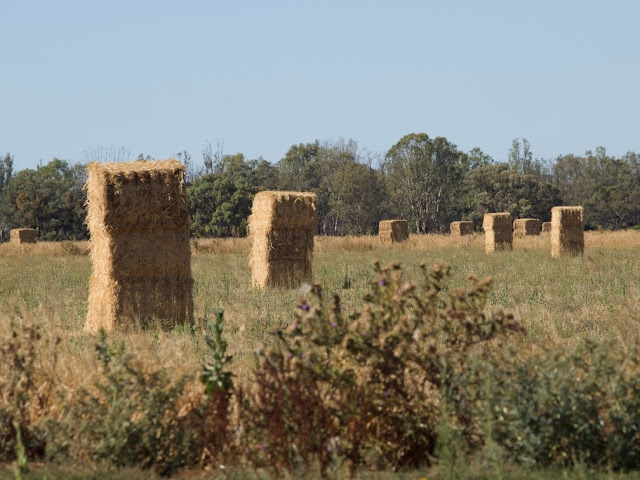 One for my hay series. There are lost of freshly made hay bales in the fields at this time of year. They are mostly round these days so I was nice to see the old shape for a change.

We are on our way to the town of Hay, which I don't think has anything to do with fodder type hay ... was probably named after a pioneer ... I just checked it was named after Sir John Hay a local pastoralist and member of parliament.