Henry Lawson in 1892 described this area as the "great, grey plain" and wrote "The country looks just as bad for a hundred miles round Hungerford, and beyond that it gets worse: a blasted, barren wilderness that doesn't even howl. If it howled it would be a relief. I believe that Bourke and Wills found Hungerford, and it's a pity they did." 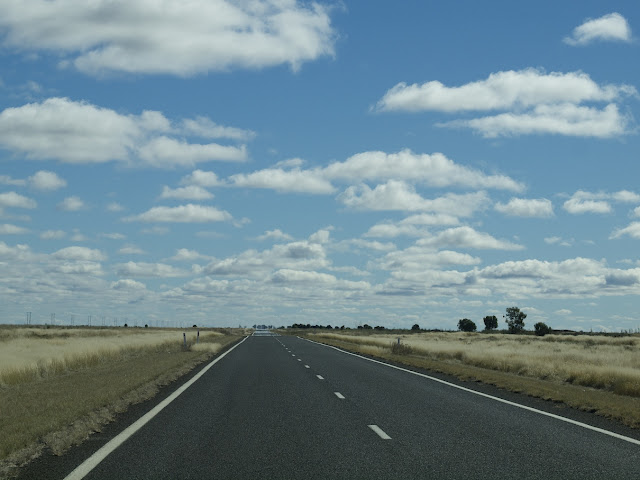 That was during drought.  It doesn't look like that at the moment.  The land is lush with grass, looking little different from the lands less remote.  A bit of a disappointment really.

Lawson also wrote "If you know Bourke you know Australia." Let's go find out if it's true.