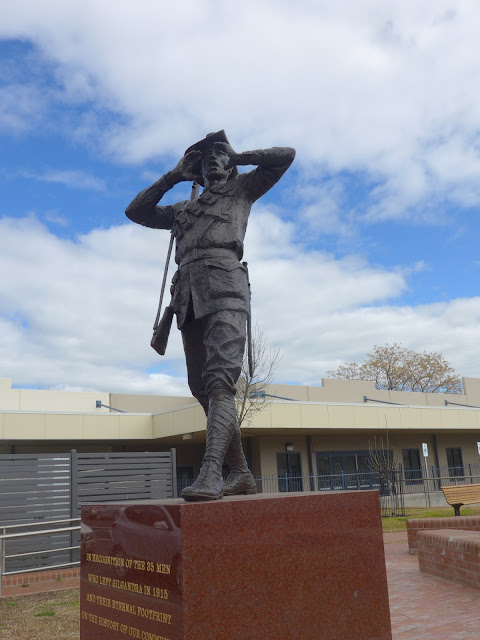 One of Gilgandra's claims to fame is as the starting point for the Coo-ee March - a world war 1 recruitment march in 1915. The men marched 320 miles from Gilgandra, over the Blue Mountains to Sydney collecting recruits as they went. By the end their ranks swelled from 26 to 263.

The Coo-ee March captured the imagination of the people and captures my imagination too as they passed through towns and terrain I am familiar with (but would not want to walk!).  They even camped for the night at our home town Lawson in the Blue Mountains and another night at the Royal Hotel in Hartley, which is just before the big climb up the escarpment.

There is going to be a 100 years re-enactment starting in October and ending in Sydney on remembrance day in November.  I will be keeping an eye out for it. 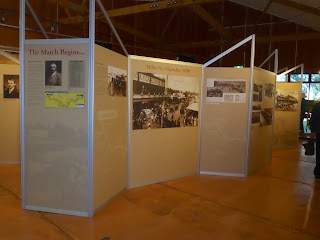 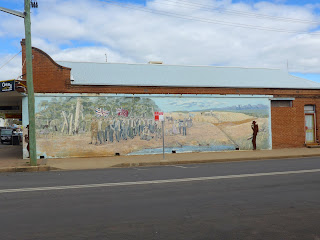