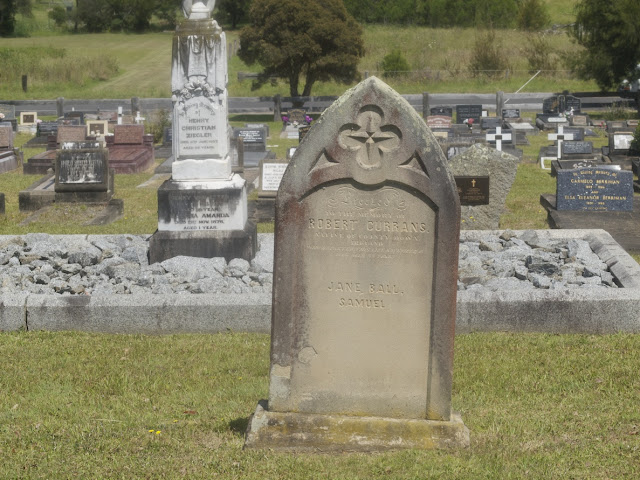 To the memory of Robert Currans Native of County Down Ireland who departed this life November 13 1863 Aged 72 Years.

Robert Currans arrived at Geelong in the 1850s with his wife Agnes and the youngest daughter Rachel (age 17).  They had other children who had already emigrated and were living near Moruya so Robert and Agnes moved up that way.  Rachel did not accompany them as she married soon after their arrival. With her husband she followed the Victorian gold fields eventually reaching Omeo and later moving up into NSW.  When the family moved to NSW they left in Omeo their eldest daughter Anne (age 16) who had recently married.  Anne and her husband went on to have 14 children in Omeo one of whom was my grandfather.

I have since discovered that my great-great-great grandmother Agnes is also buried in Moruya cemetery. She outlived her husband by 20 years dying in 1882 at the ripe old age of 92.