The government needed to accommodate the burgeoning population so had a public housing plan where whole suburbs of near identical houses were built and rented to the public servants they were trying to lure into the new city.  These government houses were sold at a low price to the tenants and once sold were known as ex-govies.    Mostly they were modest brick veneer homes but in the older suburbs they were timber.

We owned an ex-govie in O'Conner - one of the timber variety and decided to pop by and see how it was looking today.  It was rendered and extended and looking quite swish and the neighbour even swisher - very hard to imagine the humble timber home that forms their bones. 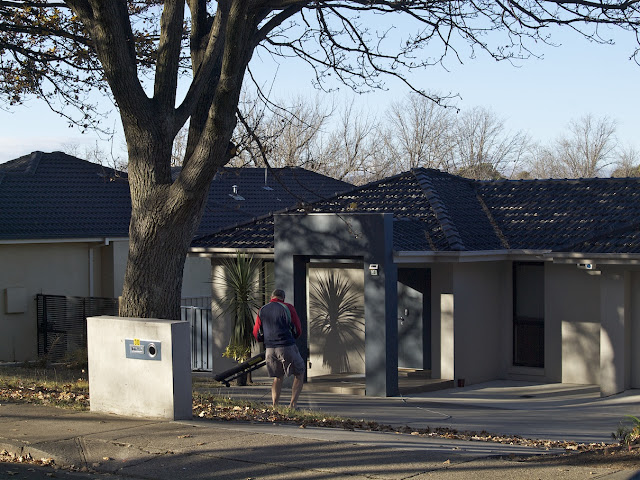 He must be nuts having a front yard like that.  This is a street lined with oak trees!

Despite all the changes, some things don't change.  On the other side, the migrant neighbours with the huge vege garden still have their ugly letter box. In fact, that was how we located the house. 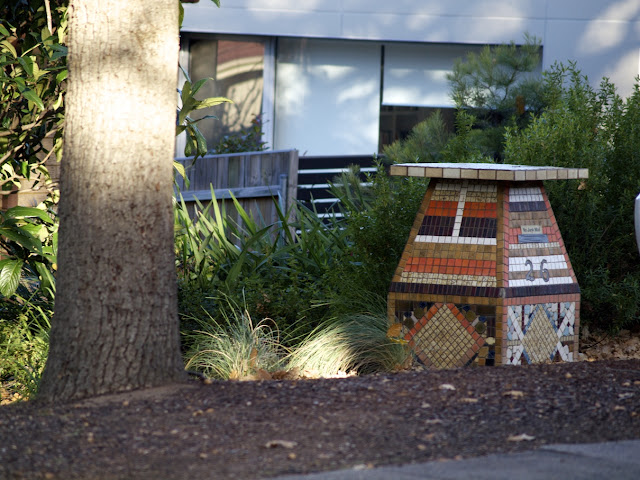 Just shows JM.  We do tiles in Australia too.