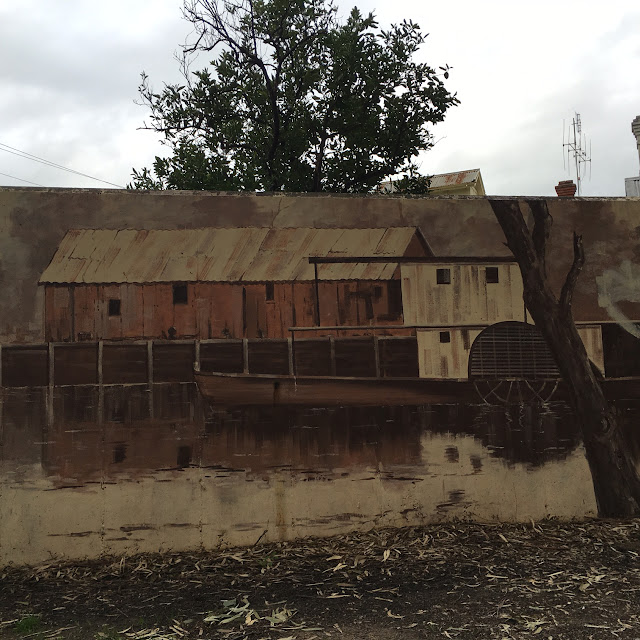 We stayed a few days at Tocumwall, delaying our inevitable return home.

Down by the river we found this mural and asked a young man who photographing the flood whether he was chasing Pokemon (the craze had just begun at the time) and he said no but his mother-in-law was up in the bushes stalking one.

The Latter Day Saints missionaries said they would prefer to talk to people than catching Pokemon but it turns out their phone wasn't capable of it anyway.

My phone only chases email and I was getting tired of the rigours or working travel.